Magnesium with the symbol Mg is the fourth most common cation in our body. Magnesium is the eighth most abundant element in the Earth's crust and the third most abundant element dissolved in seawater. Magnesium is essential for the functioning of over 300 enzymes in the human body. It contributes to the structure of bones and is necessary for the synthesis of DNA, RNA, and glutathione, an antioxidant. Moreover, magnesium is involved in the active transport of calcium and potassium ions across cell membranes, which is crucial for nerve impulse conduction, muscle contraction, and normal heart rhythm. Some of the other main functions of magnesium in the human body include cellular and tissue integrity, mitochondrial oxidative phosphorylation (ATP production and activation), and protein synthesis. The human body contains around 25 grams of magnesium, with 90% of total body magnesium being contained in the muscles and bones. Magnesium is widely distributed in plants and foods. In general, foods containing dietary fiber provide magnesium. Good sources of magnesium include green leafy vegetables such as spinach, nuts, seeds, whole grains, and beverages like tea and coffee. The recommended dietary allowance for magnesium range from 310 milligrams in adult females to 420 milligrams in adult males. 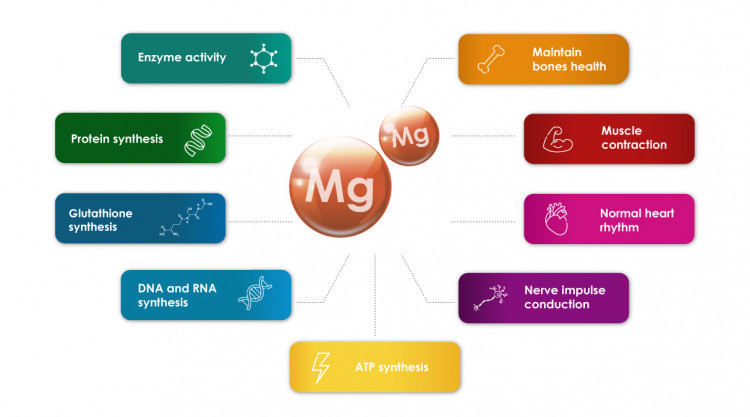 What are the causes of magnesium deficiency? 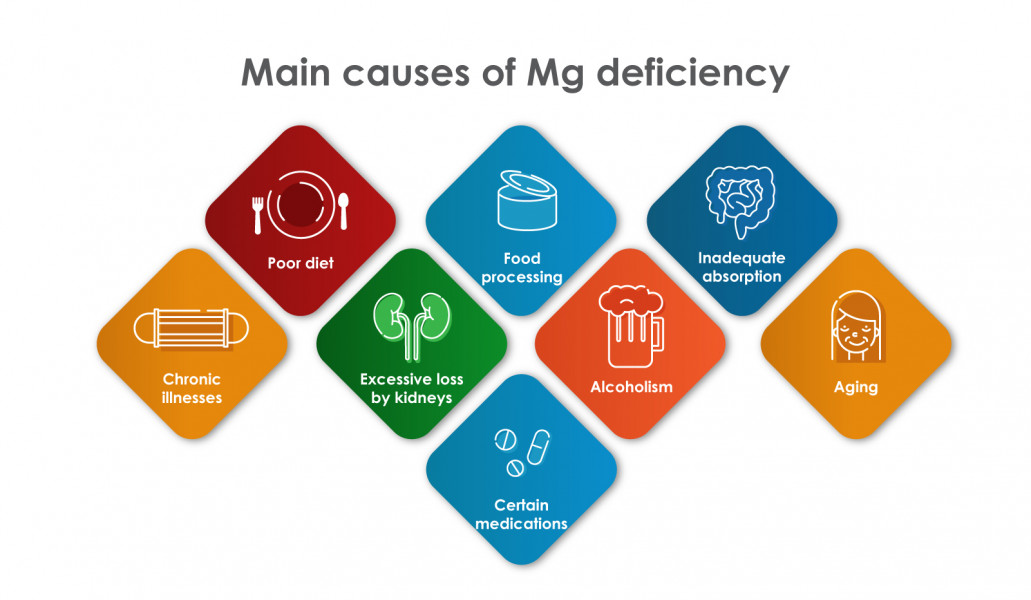 What are the health problems caused by magnesium deficiency?

Magnesium is well-known for its importance, yet its availability is not generally determined and monitored in patients, hence it has been referred to as the "forgotten cation". The data indicate that 10%-30% of a given population in developed countries has magnesium deficiency. Almost 84% of postmenopausal women with osteoporosis are deficient in magnesium. Magnesium deficiency is hard to diagnose and can be present despite normal serum magnesium levels. The symptoms may include loss of appetite, fatigue, nausea, vomiting, insomnia, convulsive seizures, arrhythmia, asthma, personality change, and mental disturbances such as depression, confusion, agitation, and hallucinations. Moreover, Low potassium and calcium levels are two of the most common signs of magnesium deficiency. Magnesium deficiency is also accompanied by tremors, and painful muscle cramps and spasms. Because magnesium is important in carbohydrates metabolism, magnesium deficiency may result in insulin resistance, a condition that often precedes diabetes or is a consequence of diabetes. Other clinical manifestations may include hypertension, atherosclerosis, metabolic syndrome, migraine headaches, and osteoporosis. 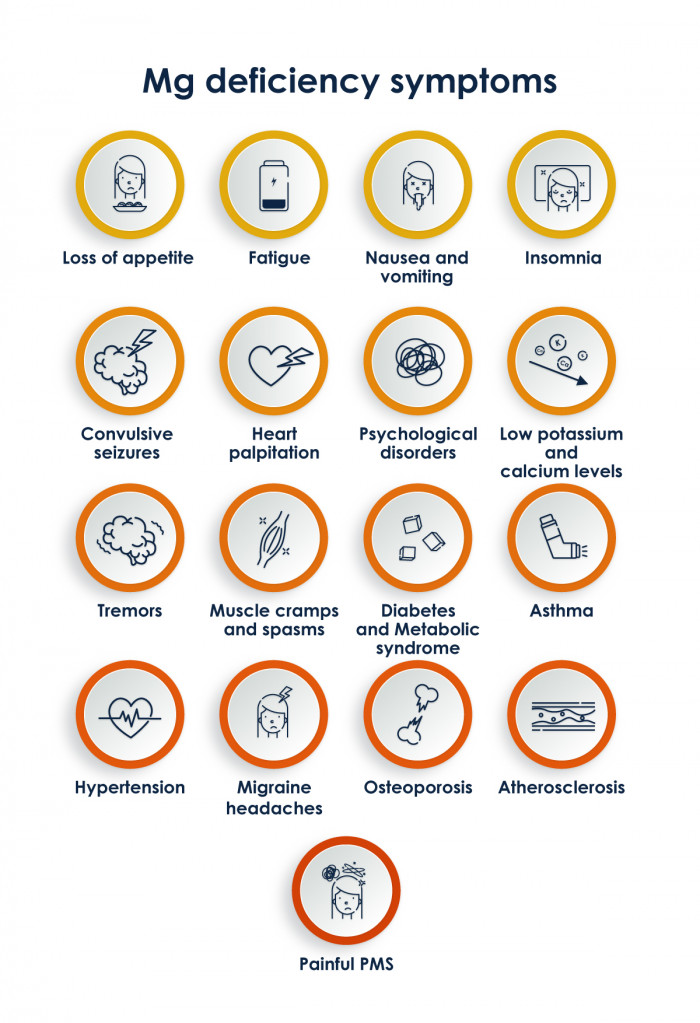 Why liposomal magnesium is the best magnesium supplement?

When magnesium levels are too low, magnesium supplements are needed. However, conventional oral magnesium supplements exhibit low absorption and bioavailability, likely due to interference from dietary compounds, certain medications, or digestive factors. Moreover, some people taking these supplements may experience gastrointestinal side effects like nausea, cramps, and diarrhea. In order to improve the effectiveness of magnesium supplements, liposomal delivery systems can be used. Liposomes can increase magnesium absorption and bioavailability in several ways. By encapsulating magnesium ions within liposomes, the ions can pass through the stomach and intestinal environment without any interaction with dietary compounds, medications, or digestive factors. Besides that, liposome absorption occurs through the lymphatic system, which is different from other medications. Liposomes also prevent direct interaction of magnesium with the intestinal mucosa hence side effects are avoided. In addition, liposomes stay longer in the blood system and easily get merged with the membrane of the cells, allowing magnesium ions to be delivered directly to the cells. In order to achieve more effectiveness, liposomes need to have a size in the nanoscale range. Nanoliposomal magnesium is the best magnesium supplement due to its superior bioavailability, longer circulation time, higher stability, and no side effect. 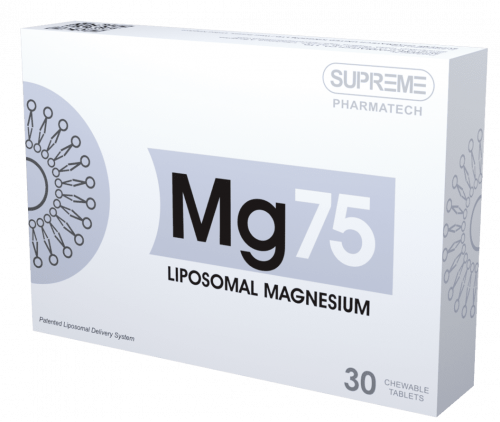